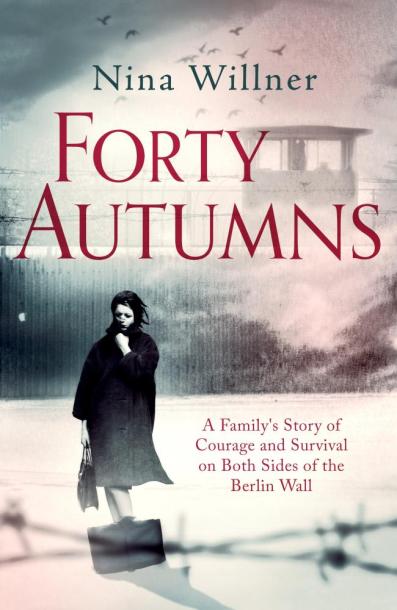 In this memoir, Nina Willner tells the true story of her family who were separated from each other by the Iron Curtain for over forty years, and who were reunited upon the fall of the Berlin Wall.

Hanna, the author’s mother, left her parents and seven (later, eight) siblings and escaped from East Germany into the West at the age of twenty. Eventually Hanna married and moved to America, where she had her own children, including Nina. Nina joined the intelligence services and, in a twist of fate, was posted to West Berlin as the first female Army Intelligence officer to lead intelligence operations into East Berlin at the height of the Cold War.

I am not a big reader of non-fiction or biographical books. I may read one or two a year, and often I find them average at best. But I found this story a captivating read. I know it’s only early January, but I feel like it may make it to my Top 5 Books Read in 2017.

The story would be heartbreaking as a work of fiction, but is absolutely devastating as a recount of fact. The depth of description of the events and horrors that were experienced by the author’s East German family during the Cold War was absolutely chilling to read about. The black and white family photographs that appear throughout the book also make the story that much more real, and that much more enthralling. The author gives us the big picture world events that were happening both in the West and in the Eastern Bloc throughout the decades of the Cold War.

I felt every single emotion this family felt. I felt like I had lived it with them. And in a rather roundabout way, I have.

My own grandparents, my Oma and Opa, along with my aunt and uncle (then in their early teens), fled East Germany in the mid 1950s before eventually emigrating to Australia. Through Nina Willner’s recounting of her family’s struggle living in the East and her mother’s frightening escape to the West, I feel like I now better understand my grandparents and their experiences in East Germany at that time, as well as the reasons for their terrifying escape into the West. I think this emotional connection to the story definitely enhanced my reading of the book. However, regardless, I still think this is a book that is a must-read. I haven’t before come across this level of factual detail and first hand account of life in East Germany during this time. This is an excellent novel that really hits home as to how things really were for the people who lived through this period of history.